Why Does DC Keep US Troops In A Dangerous Situation At Incirlik. 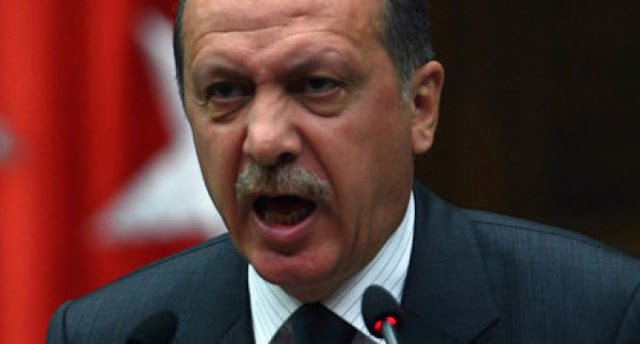 Erdogan has been infected with the Ottoman Caliphate virus which is becoming ever more virulent in Turkey as a whole. There is no opposition left and this tyrant now has a free hand.

Should he fully realize his dream, he will have a powerful army and the support of most Muslim nations to pursue his desire. The possibility of a repeat of the Islamic wars and invasions occurring during the Middle Ages cannot be ignored.

We are in de facto phase one of WWIII. The reality that overt conflict with devastating results is on the horizon and may soon occur cannot be ignored. Power mad kings, emperors, and dictators have always, and will continue to, endanger the existence of humanity itself.

The article below provides a link regarding the Turkish seizing of American made nuclear weapons from Incirlik and apparently hiding them. Need we ask for what purpose? Erdogan justifies this move by accusing the US being complicit in the Gulen Movement for instigating the "coup" against him.

"The US side of the base is the only part that does not have power. So now we have over 1000 Americans in danger not to mention 50-90 B-61 hydrogen bombs, NATO’s largest nuclear-weapons storage facility (more than twenty-five per cent of the nuclear weapons in the NATO) stockpile under lax safeguards!"

Why does the administration leave our troops in such obvious danger? Are they to be sacrificed for an endgame? Remember Benghazi.

The following article is long and rich with links. Should the reader be able to take the time to to study it, a piece a a time if necessary, he/she will emerge with a truly horrifying picture of an insidious process in the making. Should it fully come to pass, the end may very well come for the Western World's way of life as we know it.
Turkish Prosecutors Raid Incirlik Airbase Housing US Warplanes And 50 Nuclear Bombs

Is The US Government Setting Up To Murder Thousands Of Its Own Soldiers In A Repeat Of Ben Ghazi But This Time In Turkey?
By Andrew Bieszad

We covered earlier this week how Turkish President Erdogan used a false flag military “coup” to consolidate his own power, eliminate the remaining opposition, and rally support to himself and his perverted aim of rebuilding the Ottoman Menace into its former Empire. This “Ottoman dream” is a threat to the entire world, because if Turkey successfully rebuilds itself into what Erdogan desires, and now there is no obstacle to stop him from doing so, the days of the 16th century will return with a great Muslim army, backed by the other Muslim nations, acting with a unified will to subjugate the world and try to destroy the Christian faith. All of the evils which the West fought against the Muslims when it was under Christendom will return with a vengeance.

This brings us to an interesting role, and that is of the US Government in this crisis and more importantly, the particular persons in power in the US government right now. I say this with regard to the US-Turkish military partnership at Incirlik Air Force Base in Eastern Turkey.

The last eight years under Nobel Peace Prize recipient US President Obama have been anything but peaceful, as the USA has invaded close to a dozen nations around the world, most of the Muslim. However, the nation that stands out the most for the purpose of this situation is Libya, since it was in Libya that Secretary of State Hillary Clinton and her cohorts committed the infamous Ben Ghazi scandal, in which four american CIA operatives were lynched to death by US-backed Muslim terrorists for political ends. Not only did these men call for help repeatedly, but Clinton stood by as these men died and then with not even the slightest disturbance in conscience blamed the attack on a petty film made by a nobody (and which we have written about before here only on Shoebat.com) because Walid indirectly had personal connections to this film by blood (and not by choice). Most famously, Clinton lied to Congress about the Ben Ghazi attacks, famously remarking “What does it matter” when asked about what happened:

Walid pointed out in a recent article the role of the US in fighting against Turkey when it returns to full Ottoman Empire. However, that is for a later date. At the current time America is ruled by possibly one of the most corrupt and evil successions of men in our history, and as is shown by what happened at Ben Ghazi, there are people in our government who see nothing wrong with allowing our own fellow government personnel to be heinously tortured to death so long as it serves their ends. Life means nothing to them, and they will sacrifice anybody at a moment’s notice if it means expanding or keeping their power.

It is for this reason that I go back to the situation at Incirlik AFB in Turkey, and specifically to a comment we noted from the previous article:

“I am getting reports from people on the ground at the US base in Turkey. They still do not have external power and they are now having to try and fly in water. They were told to be ready for evacuate, then were told NO because [someone in] the STATE DEPARTMENT doesn’t want them to leave.”
Correction: The article originally stated it was the State Department. The State Department’s involvement can no longer be verified. The military had decided to evacuate, but they were overridden by someone. Take that for what you will.

We know for a fact that this Turk is a murderer and a robber, and he acts up when he starts becoming pious with Islam. His own history testifies to this and against him and so do all of his neighbors, or perhaps better phrased, the neighbors who survived his constant attempts at genocide against them.

We have already documented the concern that Turkey could seize the nuclear weapons stored at Incirlik – American made- and take them to parts unknown. If that were not bad enough, what is even more concerning is that every single American at Incirlik right now, and there are almost 1500 persons, are in mortal danger. They are in a hostile nation with a long history of heinous violence against “infidels.” It does not matter what firepower we have- the average US soldier at Incirlik right now is like a child inside of Michael Jackson’s house- you are in mortal danger and there is no escape except for going far, far away from that place.

The government has to know this, just like they know their nuclear weapons are being robbed from them. The fact they are choosing to do nothing means this is being orchestrated at very high levels in our government with full consent of persons in the military and State Department.

If you haven’t figured it out yet, the fact that the government knows all of this and is still letting our people stay in Turkey means they are setting them up to be sitting ducks for a massacre.

Now I am not saying that a massacre is inevitable. What I am saying is that allowing US soldiers to be in such a place, knowing they are such a target, is in practice making them a target for attack and use for geopolitical purposes at a later point.

Think about it like this. If Turkey doesn’t do anything, then nothing is gained or lost. However, if Turkey does do something (or anybody else, for that matter) then the US has a “reason” to respond with whatever policy it would already have pre-planned for such a situation.

This was what happened with Pearl Harbor and 9/11. The US government knew for years that the Japanese were going to attack Pearl Harbor in Hawaii just as it knew for years that Bin Laden was planning an attack on the World Trade Center. The conspiracy about both events is not that “the government did it,” but that persons in the government knew what was going to happen and intentionally stood down, thus not only allowing it to happen but indirectly participating it through non-participation.

This same scenario is actually repeating itself right now on the streets of many american cities with this whole “Black Lives Matter” debacle. As I explained in a previous article, not only are BLM’s calls for a “race war” a joke, but the things they are saying and doing would never be tolerated with European Americans because the police have been told to stand down intentionally by their supervisors, who are taking orders from higher-level persons. As I explained, this a complete facade to try to convince people there is a “race war” and in so doing to be able to suspend the elections and allow for either Hillary Clinton to be appointed to the Presidential office or to allow Obama to keep power indefinitely. Either way it is all a canard.

At Incirlik, our government is using our own soldiers as proverbial cannon fodder by placing them in a very dangerous situation so that if something happens, we have a “justifiable” policy reason to react by whatever means we choose. The sick irony of this is that in a contest between right and wrong, the truly “right” side does not need to participate in committing a wrong, much less a truly heinous wrong, in order to justify itself. Truth is truth and it needs no explanation other than itself. However, such an idea, such a simple idea, is impossible to be understood by men whose gods are in the forms of money and power.

Hillary Clinton lied and four men died, but pray for the men at Incirlik, for it could become “the government lied and thousands of soldiers died for no reason.” 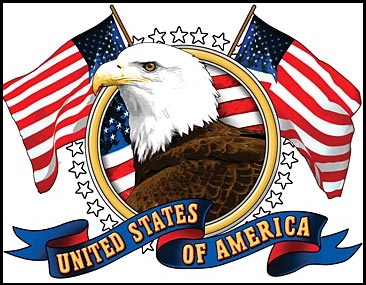 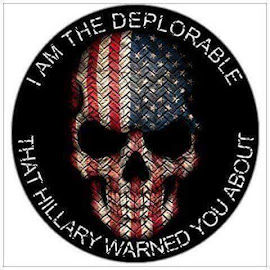 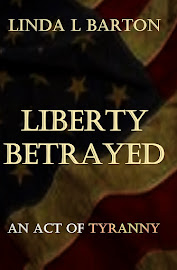